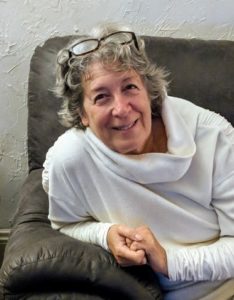 Diane began practicing yoga more than 30 years ago; but, time and obligations took her away until she was almost 55!  Coming back to the practice in late 2000, she decided to become a certified yoga instructor and began her 200-hour certification in the fall of 2002, with Jan Hauenstein at Try4Life.

Since then, she has taught literally thousands of class hours with students ranging in age from 8 to 80+.

Diane’s style is characterized as traditional, Hatha Yoga emphasizing breathing, stretching, limbering, relaxation, and balance.  The classes are open to men and women alike.  Each practitioner is encouraged to work at his/her own level being mindful that yoga becomes your practice and should never result in pain or injury!

I look forward to practicing with you!

This site uses Akismet to reduce spam. Learn how your comment data is processed.